An Ajin is considered as a demigod because they cannot die.

Nagai Kei only wanted to live peacefully, become a doctor and save his little sister from her illness. However, fate wanted something different for him. He discovered that he was an Ajin when he was accidentally hit by a truck and died on the spot but miraculously came back to life. This was caught on video which was quickly discovered by the government. As soon as they got hold of him, they immediately conducted research experiments on his body as if he was a guinea pig.

There were two other Ajins whom the government experimented earlier on, Satou and Tanaka Kouji who were called subject 001 and 002. They were able to escape the facility before Nagai was discovered. Both decided to go back and attack the place to save Nagai. Satou, the main instigator of the raid wanted to recruit Nagai to join their cause in killing humanity and letting only the Ajins remain on earth.

The main reason I wanted to watch this was because of Sato Takeru and the sci-fi-action scenes wherein I get to see unimaginable things including some gory stuff for the fight sequence. That being said, I wasn’t entirely disappointed with my expectations, however the movie’s narrative felt lacking. It seemed as if it was rushed to give way to the battle that would take place between humans and the Ajin. They weren’t able to highlight the background story of each character which I think was vital for the whole movie to make more sense into what was happening. Another drawback for me was the subtitle. I watched this with crappy subtitles. So I advise those who are planning to watch this to please refrain from seeing it in Kissasian because the hard subs would definitely leave you annoyed and dissatisfied.

Setting that aside, what I liked about the film aside from the main lead and the violence are the other sub characters including the antagonists. I love Shirota Yu ever since I’ve first seen him back in 2007 from the drama “Hanazakari no Kimitachi e”, it was great seeing him here despite being the side-kick of a bad guy. Ayano Go as the main evil guy works well for me too. I liked how he brought his role to life, because his character is the type I would love and hate at the same time. Lastly there’s Kawaei Rina as Shimomura Izumi, the only female character in this whole movie who kicked ass. She may be the smallest and most vulnerable looking in the cast, but heck! This woman could throw punches and give head locks like any other MMA fighters out there.

Music wise, I appreciated the loud rock music that accompanied most action scenes. It made me feel pumped up every time I watched those scenes. Over all I liked the movie and would recommend it to those who wouldn’t mind watching an action packed film despite the lack of background story. I would also suggest to find a better streaming site that hosts this movie and make sure that the subtitles are translated well enough. 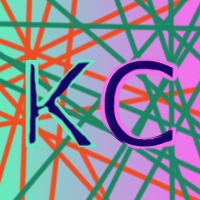